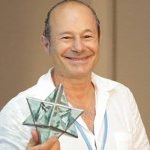 The Art Of Number is the translation of Number into Sacred Symbols that make up the Universe. When number (associated to the Left Male Cortex of the Brain) combines with pattern (Right Female Cortex of the Brain) an awakening, an Alchemy happens called whole brain learning. When Number Sequences are Translated into Art, we see the emergence of familiar Primordial Geometries.

Join us as we explore the mathematical derivation of Ancient Symbology. As pattern hunters we seek symmetry to discover order amongst the chaos. Jain 108 has carefully crafted an exciting Curriculum to make Mathematics beautiful, sharable and relatable. Join us as we restore Sacred Geometry and Galactic Mathematics to its original height.

Here is what we cover:

Torus (Binary Code): Did you know that from the moment of our conception, we were a cell or zygote that keep keeps doubling to 2 cells, then 4 cells meaning we were once a triangular-based pyramid. We were the embodiment of the powers of 2 that evolved into a mystical god-like toroidal creature that knows only 2 directions: an in and an out.

Tesseract (Odd Number Sequence): There is nothing odd about odd numbers, the dance is profound, and number becomes picture. This allows the female right cortex of the brain to understand the creation of the universe because the feminine brain responds to high visual content.

Visual Multiplication Table: Join all the ones, in this matrix of single digits in the times tables, and arrive at atomic structure, pyramidal forms of rutile crystal, exquisite geometries of platinum crystal, merely by applying the magic of 9, to make visible, the invisible.

Fibonacci (Phi Ratio): The golden spiral based on the ideal or heavenly proportion called 1:1.618033 is the mathematics of beauty, the most aesthetically pleasing of all spirals. But something amazing happens when we make a copy of this single golden spiral, like a mirror-image of itself, we align the 2 sweet spots and form the golden heart. Called the sweet spot.

Prime Numbers (Atoms of Creation): The greatest unsolved mystery in all the ancient world and in contemporary times, driving mathematicians to the brink of madness, looking for the next biggest prime number known to the human mind.

Magic Squares (Atomic Art): Join The Dots of these cryptic number codes and discover pretty patterns, reminiscent of Atomic Structures, what I now call Atomic Art. By the time we have retraced our steps our Consciousness has been changed, we have been raised an octave higher.

Join Jain as we explore the union of Sacred Geometry and Sacred Mathematics, the best of Jain 108’s 40 years research that will inspire and broaden our perspectives.